Food Poisoning or is it Alpha-gal syndrome

Have you ever developed hives, nausea, vomiting, swelling, digestive distress, abdominal pain, difficulty breathing, low blood pressure, dizziness, fainting, or even anaphylaxis minutes to hours after eating? Have you found this happening more frequently with bodily pain increasing and you just can’t figure out what is triggering it. If you have, you probably thought you just ate something bad. Food poisoning maybe?

If you have ever experienced anything like this you might want to look into a tick-borne illness called Alpha-gal Syndrome. It is an allergy to mammalian meat. That would include red meat from beef, pork, goat, lamb and venison. No one expects to develop a meat allergy!

Because of the time period it can take for a reaction to start it can be difficult to put the pieces of this puzzle together. It can be hard to believe that the hamburger you ate at 6pm is making you so sick at midnight especially when no one else is sick from the same meal.

I recently learned I had this. It took me about a year to figure out. My reactions were bad but not anaphylaxis bad. Looking back I believe I was originally bit sometime during the summer of 2018. It takes approximately 3-4 weeks to see symptoms after the initial tick bite. It was around that time that my daily pain level went from a 3-4 to a 8-9. It was during this time that I started having more dizziness, stomach upset and an increase in my pain levels. The headaches I was having were increasing in severity and frequency. And the brain fog was getting scary!

I didn’t eat a lot of meat because I have never liked cooking it. However, that didn’t stop me from eating what others made. Add the knowledge that I already have a misunderstood disorder that most doctors don’t know about, MCAS, and I was left thinking I was having another MCAS flare.

When I went to the local doctors and specifically asked for testing of tick-borne illnesses I was refused. I was thinking maybe I had Lyme Disease. It is the one you hear about the most. The doctors all told me that it was not common in our area so insurance would not approve paying for testing. Confirmed cases of Lyme are low in my state. However, it is on the rise. The doctors never even mentioned the possibility of Alpha-gal Syndrome.

I still don’t understand how the insurance can charge us hundreds to thousands of dollars and get away with dictating how doctors care for the patient, refusing basic testing and care. I digress though.

I finally did get tested for Lyme and it came back negative. However, my symptoms continued to get worse. Then suddenly my body decided the hints it was giving me wasn’t enough and flat out decided to tell me very bluntly. Every piece of red meat or pork I ate suddenly tasted rotten. It did not taste that way to anyone else, just me. It was disgusting. Obviously, I was not going to continue eating something so bad so I decided to stop eating all meat. I posted about it on my Instagram and soon I had several people telling me about Alpha-gal Syndrome. I started researching it and there was no doubt in my mind that it was what I was dealing with. Within two weeks of stopping all meat I had significant improvement in my symptoms and pain level.

What is alpha-gal syndrome and its symptoms

Alpha-gal syndrome is an allergy to the Alpha-gal sugar molecule found in red meat, pork, and venison. It is a type of carbohydrate not common to humans. The Lone Star Tick is the most commonly known for the transmission of this molecule but it is not the only one. I recently was informed by my Naturopathic Doctor that even fire ants are now carrying many of the same tick-borne illnesses. Alpha-gal can be found in products made from mammals (including some medications, cosmetics, vaccines, gelatin, and milk products).

Not everyone that develops this allergy responds the same. Some people can still eat dairy products while others can’t even be around the fumes of meat cooking without going into a severe allergic reaction or even anaphylaxis.

Treatment includes avoidance of all food and products with Alpha-gal and an Anti-histamine. If you or someone you know has an anaphylaxis response an epi-pen would be required.

a-Galactosidase A Deficiency This is the wrong test! Always check that the correct test was performed.

More information on testing can be found at alphagalinformation.org

If you do not get bitten again it is possible to get rid of the allergen response after 2-4 yrs.

Having MCAS increases the likely-hood of Alpha-gal Syndrome being an issue for you.

Products that May contain Alpha-gal

The following are a list of potential triggers containing alpha-gal.

This site uses Akismet to reduce spam. Learn how your comment data is processed.

This is the healthiest way to eat. I have not been 100% but more like 80%. I’m going to do my best to get to get as close to 100% as possible for my body. You see I believe every body is different. Some people need meat. Some need more carbs. Only you know what you need. It is important to listen to your body but we also have to retrain it to recognize true signals.
This is the expression my hubby has had for days now. He has been by my side constantly helping me. He barely slept for 3 days. I am so grateful for him. ♥️ Hopefully now that I’m home he will be able to get more rest and I will see his smile again.
I am being admitted. I tested positive for type A flu. They are admitting me because they can’t get my HR down. I feel horrible! My step father and mom seem to have it too but they haven’t been tested yet. It’s the gift that keeps on giving.
It’s amazing the difference a good haircut, consistent intermittent fasting which helps manage my MCAS, CBD which manages my pain and helps balance my endocannabinoid system, and eating a primarily a whole food plant based diet will do. This is 2 years of progress. If you are interested in getting a very pure CBD.... only 2-3 ingredients let me know and I will give you more information and discounts.
😂
This has been one of the hardest things for me to learn and accept. My illness is teaching me the necessity of setting boundaries. I’m learning to say NO and NOT TODAY. It is sometimes so so hard not to feel guilty or even sad when I do this though. What has helped you to be successful with this? Or are you struggling with it too? ❣️❣️❣️❣️❣️❣️❣️❣️
Advertisements 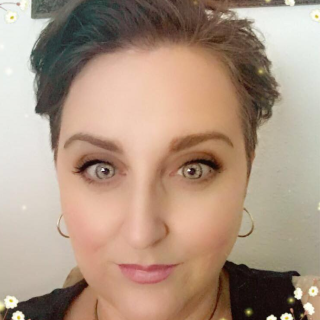 Hi! I'm Kim. I am a wife, mother, friend, homesteader, believer in God, and now a healthcare professional turned blogger. After years of mysterious health issues and misdiagnosis I was finally able to connect all the issues that I have a connective tissue disorder. I have hEDS, MCAS, Dysautonomia, Fibromyalgia, and Alpha-gal Syndrome. It sounds like a lot and it was a bit overwhelming initially. I have made great strides though in improving the way I feel and want to help others do the same. I now blog about what I have learned through my education in diagnostic medicine, my personal experiences and about my health hoping to help others put the missing pieces together for their own health. I hope you join me on my journey and find the information helpful to your situation.